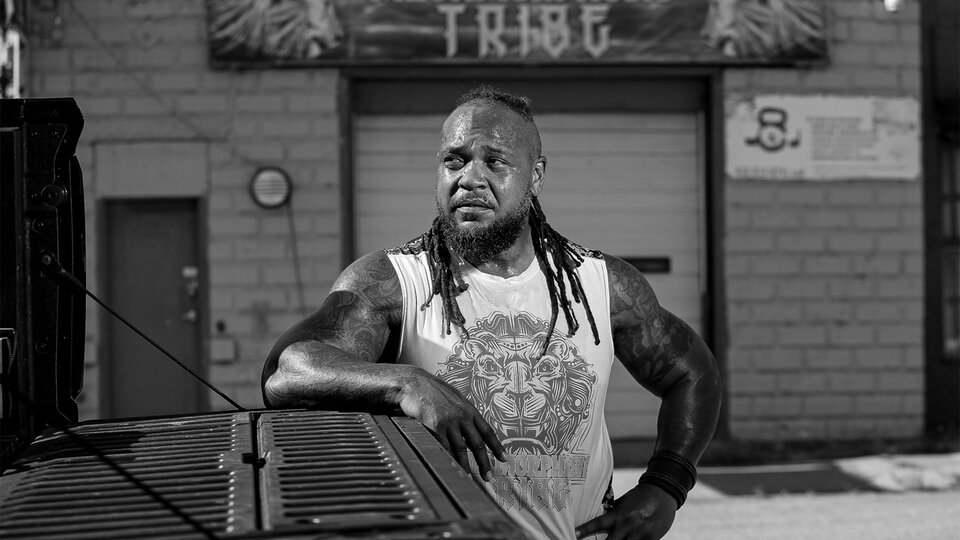 Brad Johnson was a professional strongman competing against the world’s best when an unexpected opportunity arose: a role on ”Last Man Standing,” a short-lived British reality series where contestants competed in a range of tribal or traditional sports. For Johnson, the experience was transformational—but not because he became a TV star.

On the contrary, it inspired him to turn his attention toward his hometown of Tulsa, Oklahoma—and the Greenwood District in particular. This neighborhood was largely destroyed in the infamous Tulsa Massacre in 1921, and today is a patchwork of industrial and residential ”pockets” divided by a massive freeway interchange.

In local schools and in his unique gym, Metamorphosis Tribe, Johnson began devoting his life and training energy to making the children of urban Tulsa stronger in all ways. And they’ve let him know that he made a difference.

Here is his story.

I’d always watched strongman on TV and thought, ”Man, that would be cool. If I could ever compete in that, I’ll definitely do it.” I did powerlifting for a while, but then I got bored. But when a friend told me about a strongman competition, I jumped on board. 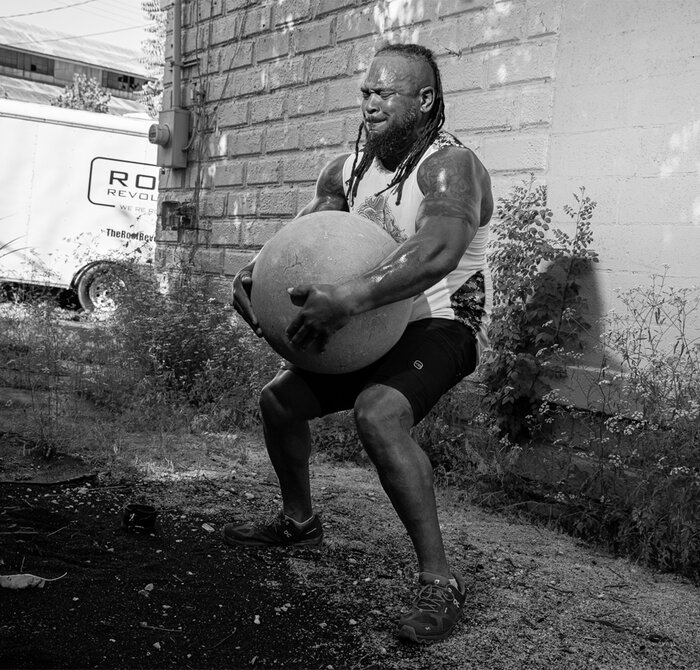 One of my first strongman competitions was at the Ronnie Coleman Classic in Dallas. I’d never touched an Atlas stone before. So, I’m just looking at it going, ”How the hell do I pick these things up?” This cat named Travis Ortmayer walks up. He’s like, ”Hey, have you ever done this before? I’m pretty good. Let me show you how.”

He didn’t know me from anyone else. He just saw another athlete looking confused. He gave me some pointers for like 30 minutes and I did pretty damn good. Come to find out a few months later at a competition in St. Louis, he’s competing—and is one of the fastest stone-loaders in the world.

You don’t just come across good people like that every day. But for whatever reason, it just seemed like in strongman, people helped each other. Because the better you do, the better you’re going to force me to be.

It Takes a Village

While I was competing, I got picked up for a reality TV show that wanted a professional strongman. I was one of six athletes from six different backgrounds We all got to travel the world three and a half times in 16 months. Twelve different indigenous tribes, living with them, eating with them, sleeping with them—the whole thing. It was life changing.

Right away, I saw that the ”third world” isn’t as different as you think from where we’re at today. Everybody has basic needs and wants. But what it really taught me about was community. You know there’s that saying, ”It takes a village to raise a child.” Now I saw it, and now understood it.

After the show, my whole concept shifted. Instead of worrying about training myself, I started working with kids. I asked, ”What can I do to improve my community?” I decided that I wanted to teach them functional fitness, and the mental aspect of training: mental toughness through physical strength.

So, where I’m at actually used to be part of ”Black Wall Street”—the freeway didn’t exist 100 years ago. So when the [1921 Tulsa] massacre happened, they went through and they burned up all the businesses and all the houses. I actually have three properties in the Greenwood District area. 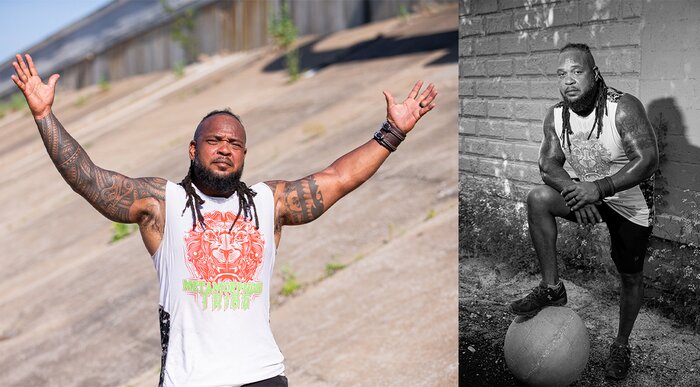 There’s only one small pocket that still exists today, at Archer and Greenwood. That’s where you’ll find people supporting Black-owned businesses, slightly more affluent African Americans and other people commingling—it’s more of a melting pot of hope. Move outside of that spot north, or to the east where I am, though, and you quickly drop into poverty.

That’s changing, though, with a big BMX training headquarters coming in and other projects in the neighborhood. That’s the first investment that the city has made in that area for 100 years that’s not for industrial use. People are finally seeing the value. 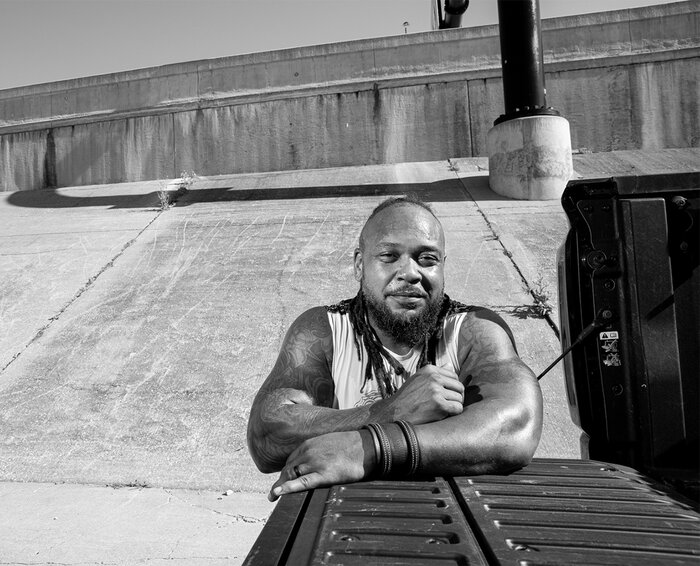 A Vision of a Tribe

When I finally found the building I wanted for a gym, I walked inside and thought, ”Looks like a lot of work, but it’s all good.” As I walked back out to the front entrance, I looked up and a tagger had painted ”Inspire” right in front of the building. I thought, ”This is my spot. It’s meant to be.” 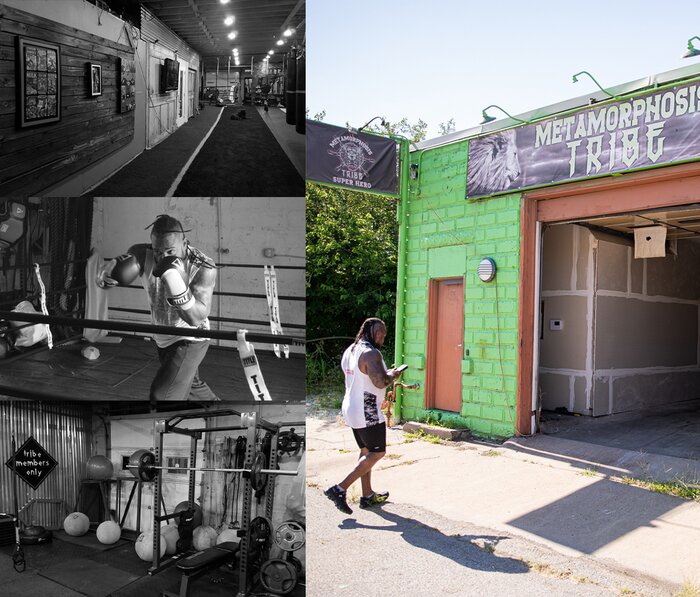 I have a friend who’s one of the top gym consultants in the world. He visited, looked around, and asked, ”Did you put money down?” I said, ”Yeah.” And he was like, ”Get it back. You’re not going to get the soccer moms over here, man.”

I was like, ”No, this is where I’m supposed to be. This is the community I want to inspire.” And now he brings people from all over the world to visit my gym, Metamorphosis Tribe.

Feeling Good About What They Can Do

I started teaching what I knew in the schools. I’d teach kids about breathing and how to control their breath. I’d teach them about how to hold their proper form when they do something as simple as jumping or skipping—many kids don’t even know how to skip. I’d teach them how to load their hips and throw their arms forward. They had that experience of feeling a little dopamine, a little adrenaline. Feeling good about themselves and what they can do. 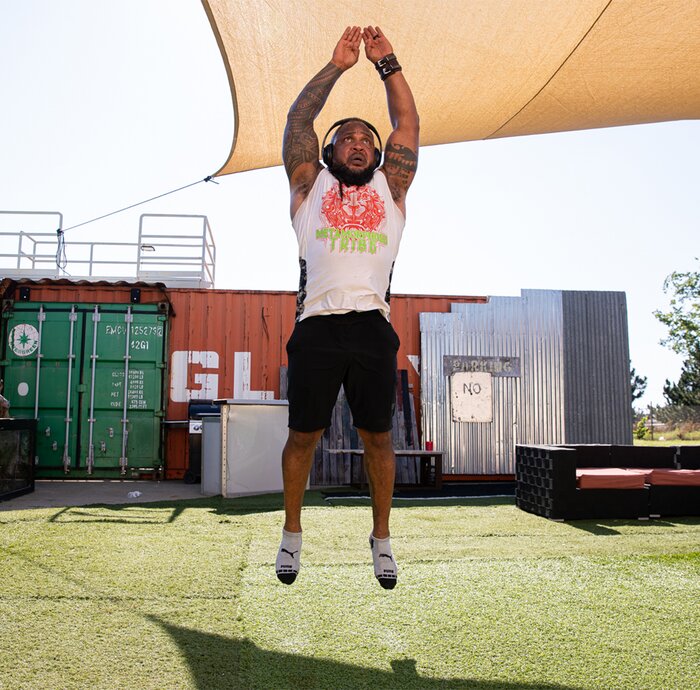 Then the program went from one school to five schools. It went from once a month to every week.

Kids are amazing. When they start trying to do something, they really think they can do it. And when they can’t, they go back and try again. They may not be realizing it, but they’re getting a little better. Then, all of a sudden, one day they’re doing it.

That’s when I bring it to their attention. ”You remember when you said you couldn’t do that? Well, look at you now.” I try to get them to realize that they can do that with every aspect of their life. I use training as the hurdle for them to learn how to jump over, go around, or go through things in life.

Get the Fire Going

Now the gym has been around for nine years. And just last week, I heard from a kid I worked with in the beginning—back when I had no idea what I was really saying or doing. One day I pulled him aside and I said, ”Man, there’s something special about you. You’re athletic, you’re strong, and you’re a leader. Be very conscious of what you do and how you do it. Because what you do, people will follow.” 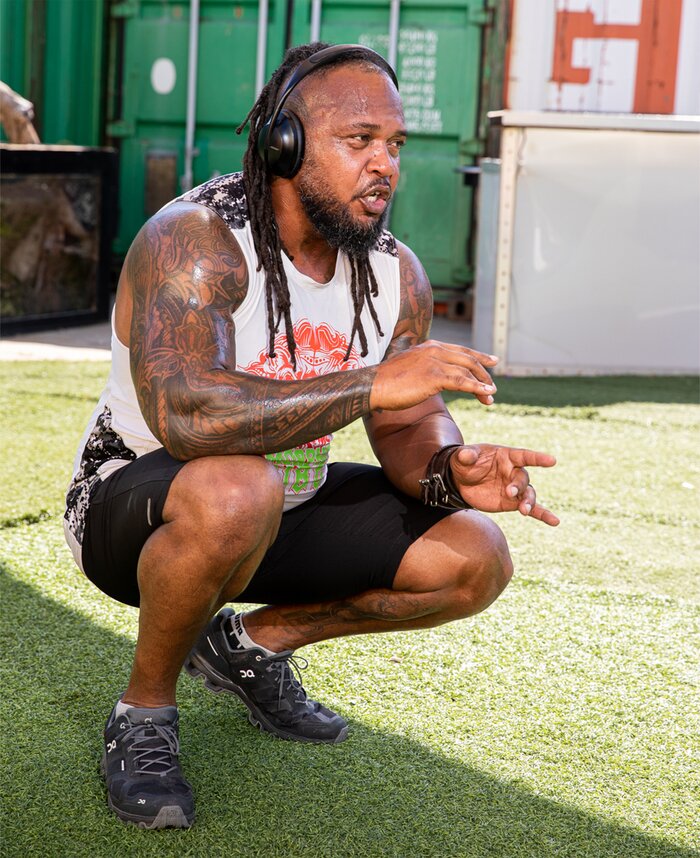 He sent me an email saying he had joined the military. He said at first, he thought I was just some big guy there to teach them exercises. But he soon learned that it was about life. He said, ”I wanted to thank you for all the things that you’ve taught me. I still use them to this day.”

It’s so powerful and beautiful to see that transformation. I didn’t do the work, I just provided a little inspiration to get the fire going.

A lot of what I do is about teaching a strongman mentality: ”I have to know I can pick this up in order to be able to pick it up.” But it really comes down to giving kids more ability—and more responsibility. That’s the movement I’ve tried to bring back from the world to my community. 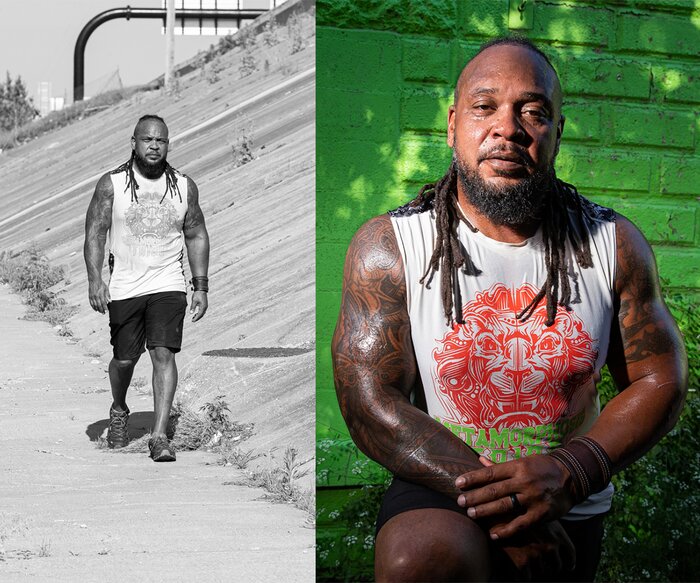