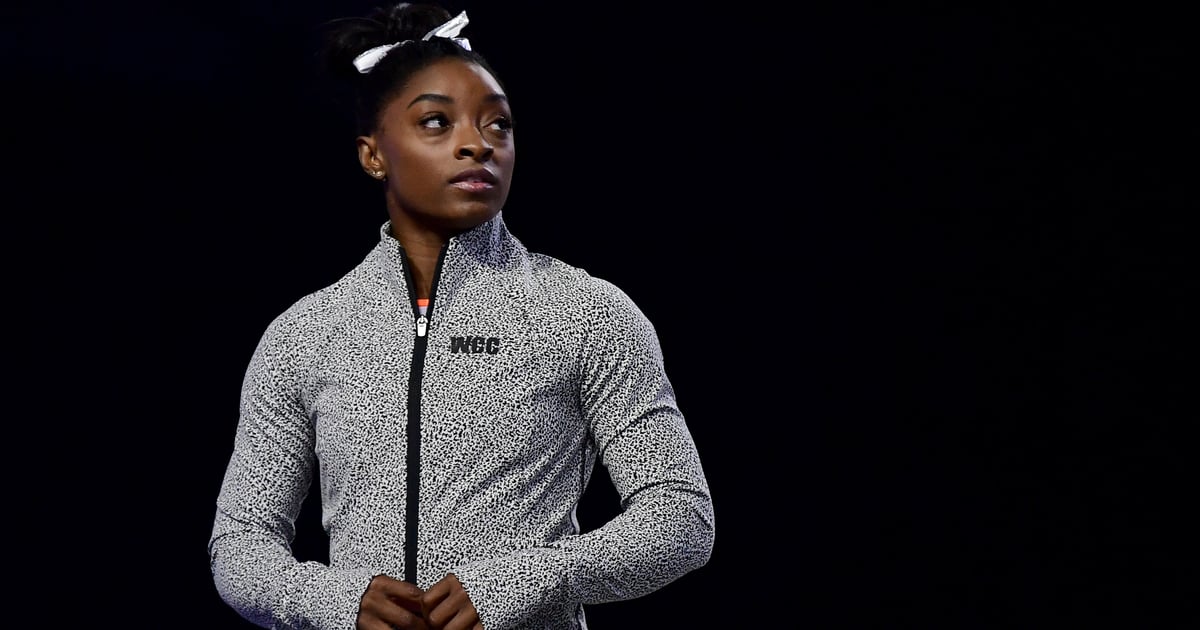 Simone Biles is a POWERHOUSE ⚡️

Simone Biles took the floor at the 2021 GK US Classic on May 22 like she’d never left. It was the first time she competed since the 2019 World Championships, and she graced us with a routine choreographed by Sasha Farber, her former DWTS partner. He visited Biles back in April to “clean up” the choreography, and it’s a performance set to techno music. Though she put her hands down on her last tumbling pass — an uncharacteristic mistake showcasing she is in fact human — the routine still received a solid 14.250 because of her high level of difficulty.

Biles’s floor routine featured signature skills named after her: a triple-twisting double backflip and a double layout half. It also featured a distinct part of her choreography that she’s done in her floor routines since 2015: a voice says “Oh!” mid-song, and she puts her hand in front of her face as if shocked.

To make it even better, Biles’s leotard was decorated with a literal rhinestone goat on the back. Watch the showstopping performance above. If all goes as planned, she’ll be heading overseas this summer to represent the US on the women’s Olympic gymnastics team, and we can’t wait to see this again at the Tokyo Games. The GOAT has returned!