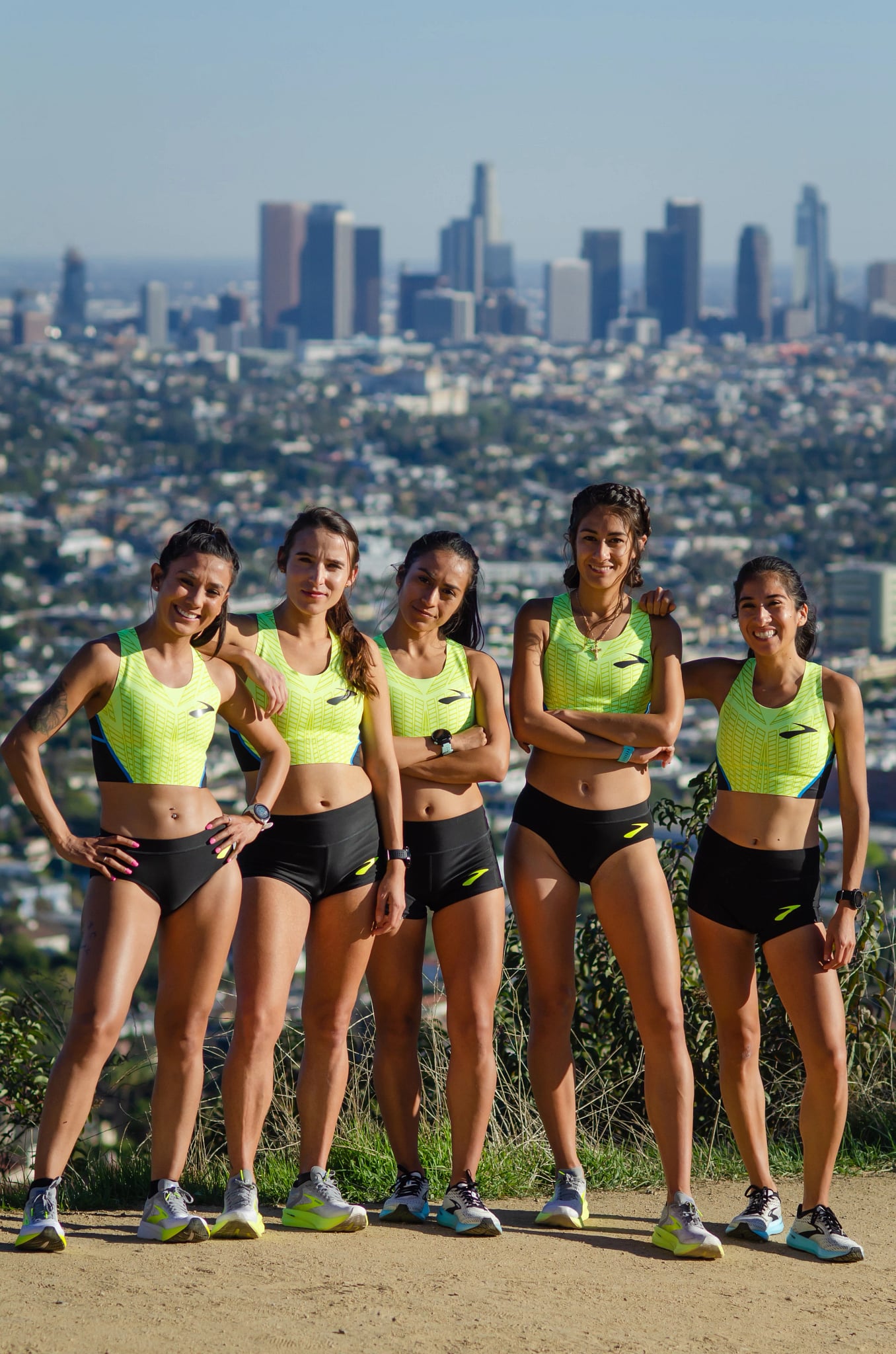 At the starting line of the 2020 US Marathon Trials, Sabrina De La Cruz realized something felt off. “There wasn’t a lot of diversity,” the professional runner told POPSUGAR, reflecting on last February’s race in Atlanta. “I didn’t see a lot of Black people, Asian people, or people of color.” Later, the numbers would back her up: the women’s field was comprised of 92 percent white women, one percent Black women, one percent Asian women, and five percent “other.”

“I wanted to do something about that,” De La Cruz said.

Motivated by what she saw and didn’t see at the starting line, De La Cruz founded Angel City Elite, an elite, five-woman running team committed to changing the the face of American distance running. Based in Los Angeles, the team includes De La Cruz, Grace Zamudio, and Valerie Sanchez, who are Mexican American; Grace Gonzales, who is Xicana/Mexica/Xictlaca; and Andrea Guerra, who is Hecha en Acapulco. “Our mission is to bridge the gap of representation,” said De La Cruz. “To educate and inspire people.”

De La Cruz knows firsthand the power of seeing yourself represented in sport. Growing up, she never would have started running if not for the encouragement of another Latina girl at her high school. “She actually convinced me to try out for the track team,” De La Cruz remembered. “She was Latina, she was so positive, she was so confident, she was strong, she was fit. That was something that I really wanted as well.”

Having grown up surrounded by diversity in Los Angeles and at Cal State LA, where she ran competitively, the whiteness of elite running wasn’t something De La Cruz noticed until she started racing out of state. She remembered being stereotyped in a way she wasn’t at home, like when a grocery store employee told her “tortillas are in that aisle” while shopping with her now-husband. “I wish I could’ve said something,” De La Cruz said. “But I felt like I didn’t have that voice yet.”

De La Cruz doesn’t believe that the lack of representation has impacted her running career overall, but the issue was so clear at the Olympic trials that it “sparked a fire,” she said. As one of very few BIPOC athletes there, De La Cruz felt incredible support from the crowd, hearing people shout “Go Latina!” or cheer her on by name. “It just made me proud,” she remembered. She’d been struggling with an injury that impacted her training, but the support fueled her on to the finish. “I need to do this for my community, my family,” she remembered thinking.

“Our mission is to bridge the gap of representation, to educate and inspire people.”

Back home that spring, De La Cruz began reaching out to her soon-to-be teammates to form Angel City Elite, and they worked together to create a mission statement, secure sponsorship from Brooks, and get the team’s website off the ground. The team’s ultimate goal is to “represent, achieve, and empower,” and the athletes hope to serve as mentors, speak at schools, donate running resources, and foster a diverse running community, as soon as all of that is safe to do in the pandemic. Though based in LA, the team hopes their reach will spread across the country through social media.

And ultimately, they want to qualify for the Trials again — and help it look different this time. It looks the tide is slowly shifting in the right direction, with the US sending three Black marathoners to the Olympics for the first time ever. Now, it’s about keeping up that momentum. De La Cruz wants viewers to see themselves in her team, watching them succeed at the highest level. “Wow, okay, I see people that look like me, or who are Hispanic, or who are Native American,” she wants them to think. “I could do it, too.”