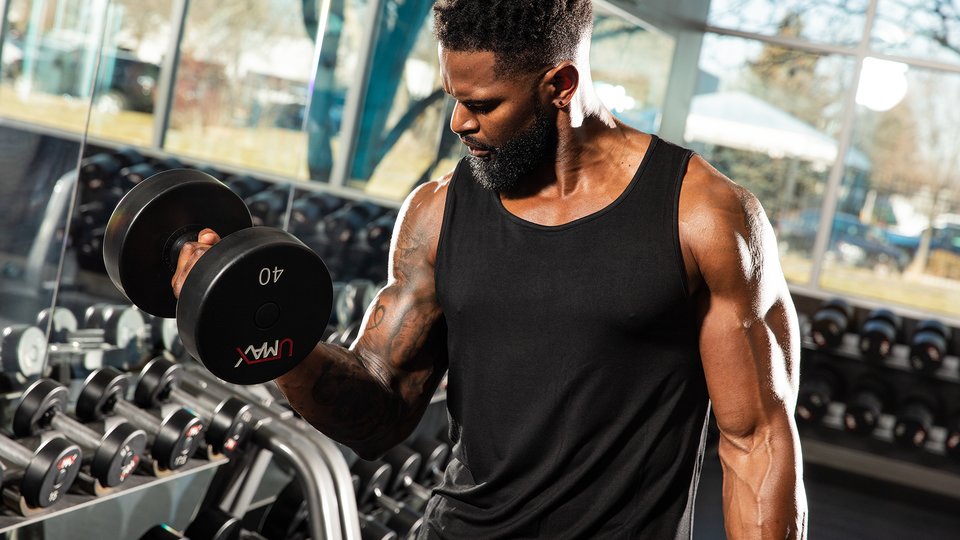 Legendary UCLA basketball coach John Wooden once remarked, ”If you’re not making mistakes, then you’re not doing anything.” He was talking hoops, but it also describes the way many lifters approach the challenge of building bigger arms: try everything, try doing more of everything, and then see what sticks.

It’s understandable if you’d prefer a more time-efficient approach. That’s why we recruited Toronto-based fitness coach Dylan Thomas—himself the owner of 20-inch guns—to turn up the heat on your lagging biceps development. Here’s what he’s secretly seen you doing in the gym, and how to fix it.

Mistake 1: Putting Too Much Weight on the Bar

It’s tempting to try to move the biggest weight possible on, well, every lift. After all, the bar looks naked without a big plate on each side, right? But hitting that weight usually requires a whole lotta momentum to hoist the bar upward. Your biceps actually end up getting less work as a result. 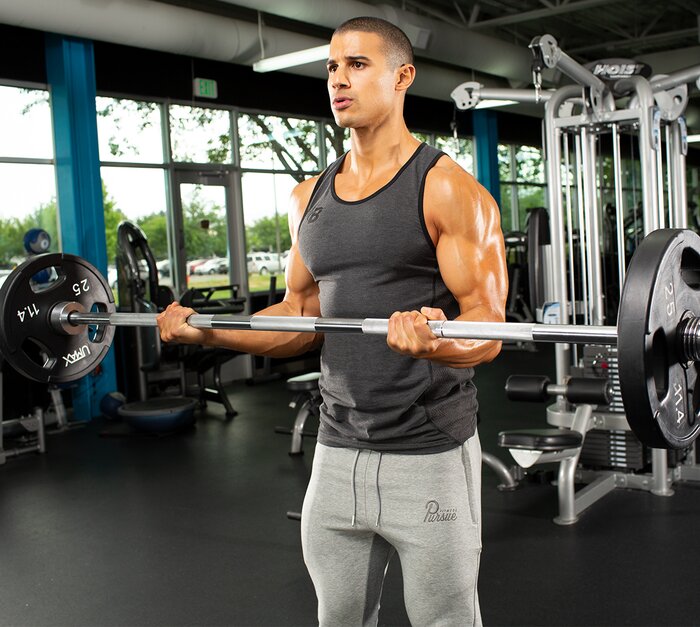 “Biceps typically aren’t a muscle group you’ll need to do heavy training with to get results, like your thighs or back,” Thomas says. ”It’s a relatively small body part by comparison, and it responds much more to a good pump than it does to sheer brute overload.”

A Better Way: Your biceps can get all the high-tension work they need from your back training, on moves like rows, pull-ups, and pull-downs. The rest of the time, take your pick from among the best biceps exercises and perform sets of at least 8-12 reps per set with a controlled cadence.

You don’t need to take every set of curls—or any other movement—to failure to grow more muscle. In fact, experts say that for beginners, it’s far more important to hit your reps than hit failure. But the more experienced you are, the more likely it is that you should occasionally channel your inner CT Fletcher at least 1-2 times per workout keep repping out ”until you can’t do no MF more.” 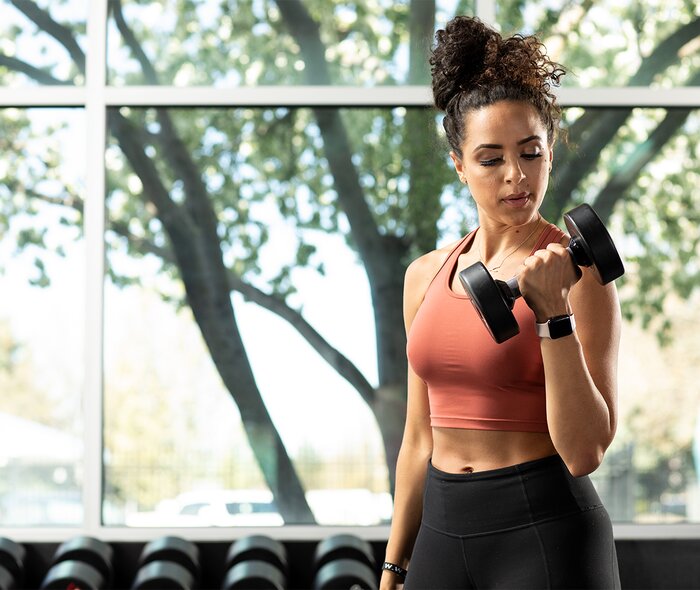 A Better Way: Remember what Thomas said about the biceps being a small muscle? That means they can take a beating and recover pretty quickly. So don’t be afraid to give them one! Take a pump-focused pre-workout and then take your arms to the limit with intensity boosters like dropsets, forced reps, partials, and slow negatives.

Mistake 3: Not Supersetting with Triceps

When you’re trying to grow a specific muscle group, it can be tempting to try to beat it—and only it—into oblivion. This can definitely deliver some gains, but it shouldn’t be your only approach.

A Better Way: Take a muscle-growth lesson from one of the all-time great bodybuilders Serge Nubret. The so-called ”Bodybuilding Maverick” used straight sets and reps for every muscle group—except biceps and triceps. Those two, he superset with next to no rest for a few merciless sets twice a week after training shoulders. 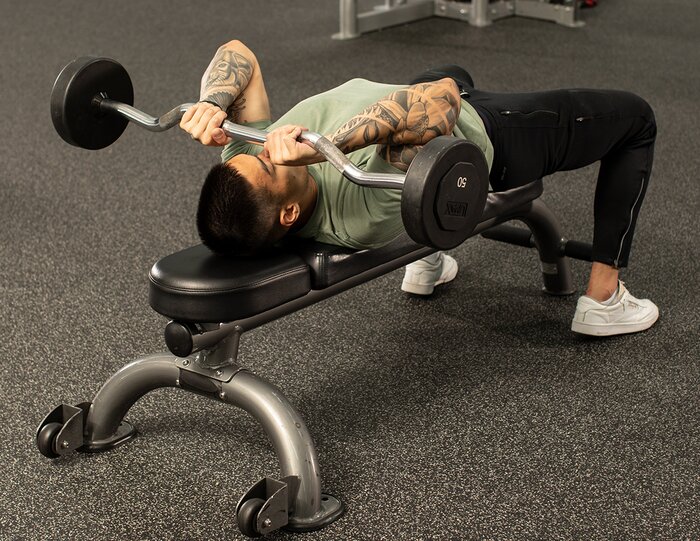 Thomas loves antagonist supersets for arms, as well, particularly when he can use the same piece of equipment rather than having to hog both the preacher curl bench and the cable station. He recommends these space-efficient pairings:

Technically speaking, there is only one major movement to target the biceps: bending your arm. But that doesn’t mean your workouts should consist of a high volume of the same basic thing over and over. You can manipulate exactly how the muscle fires and what areas are engaged through hand positioning and changing the exercise angles. 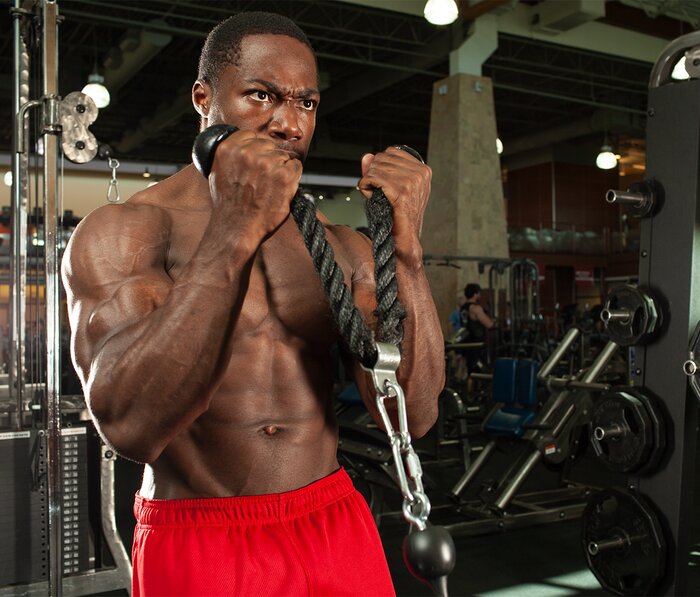 A Better Way: This workout from Thomas has all three grip variations: palms up, palms down, and palms facing in. It also has all the angles: arms in front of you, arms behind you, and arms at your sides. You’ll hit the long head, the short head, and get some forearm work to boot. If you pyramid up slightly in weight and only hit failure on the final set of each exercise, your biceps will be cooked in 20-30 minutes, tops.

Why start with a move like the reverse curl, which puts you at such a disadvantage? Simple: It allows you to extend a set. Once you reach muscle failure with the overhand grip, keep the set going by quickly switching to an underhand grip.

Mistake 5: Not Eating or Supplementing for Size

This is a classic one. You eat for a six-pack and take a fat burner, but you claim you’re training for mass…and then wonder why your arms aren’t getting any bigger.

Alas, adding muscle simply doesn’t work that way. ”Your nutritional intake will play a huge role in how successful you are at building arm size,” Thomas says. ”You ultimately need to be in a caloric surplus to pack on mass.” 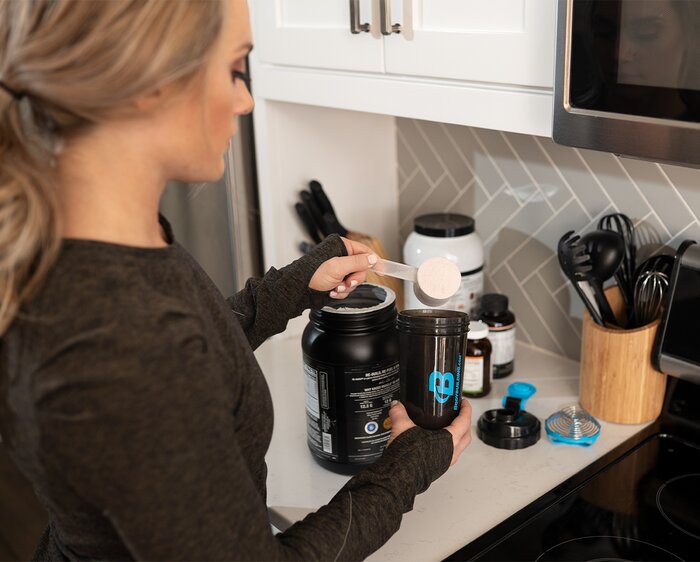 A Better Way: Use a calorie calculator or a macronutrient calculator with a ”muscle gain” option to help you nail down your approach—and then stick with it. Not currently concerned about post-workout protein? This is the time to start taking it seriously.