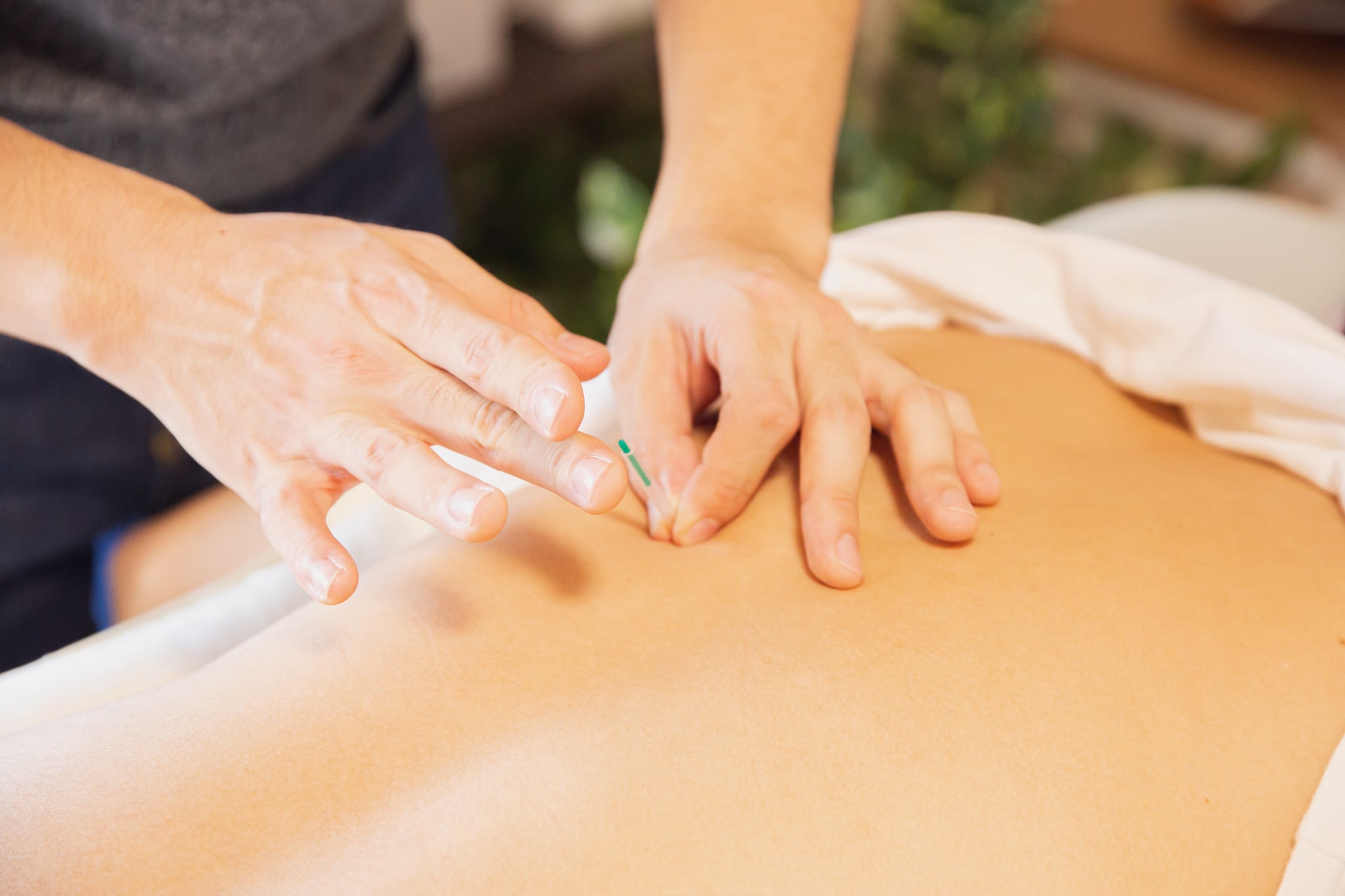 You might think to book an appointment with an acupuncturist for muscle soreness or to help with aggravating menstrual cramps, but acupuncture benefits go far beyond soothing physical pain. For example, the traditional Chinese medicine technique is sometimes used to help give sex drive a boost.

While there are many causes behind a low libido, one of the most common sex-drive disruptors is stress, which happens to be a specialty of acupuncture, according to Shari Auth, DACM, LAC, LMT, and WTHN cofounder.

Acupuncture, Auth explained, can help reduce cortisol (a hormone associated with stress) and increase serotonin and dopamine levels (two hormones associated with happiness). This decrease in stress could allow those with low sex drives “to relax the mind so that you can enjoy sex and perform.” The practice is also said to be beneficial for increasing energy levels, therefore Auth explained it could help with sexual stamina.

Because acupuncture can help increase circulation, Auth said it can also increase blood flow to the sexual organs, which is key in arousal for both people with male and female sex organs. Finally, because sometimes sex-drive issues are related to hormonal imbalances, Auth noted that acupuncture could potentially help by balancing out hormones in the body.

The issue of sex drive is addressed through acupuncture by the placement of needles on certain points of the body. “When somebody comes in, you customize the treatment to meet [the patient’s] needs, so whatever they are presenting, you then decide which points you are going to use on that person to best address their myriad concerns,” Auth explained.

In case you need a quick refresher, the placement of these needles helps balance or unblock the flow of qi (energy) in the body, therefore activating the body’s healing responses.

How quickly people experience results from acupuncture for sex-drive issues — if at all — really depends on the cause of the issue, the severity of the symptoms, and how long it has been an issue, Auth explained. If stress is the key cause behind a lack of desire to have sex, Auth said patients might respond a little quicker to treatment. “I find that people who come out of an acupuncture session are quite relaxed, and if they had the opportunity, it might happen that night.”

Auth added that some with low energy levels could potentially feel the effects in just one treatment, but it really does depend on the individual; someone who is more exhausted might need more treatments.

Soma Mandal, MD, a board-certified internist at Summit Health, said there is little research on the specific benefits of acupuncture and sexual function but noted it’s known that acupuncture has multiple health benefits and is commonly used by those with infertility issues. “Similarly, acupuncture can also help boost libido by increasing circulation in the reproductive organs, can help stimulate hormonal glands, and can help restore emotional balance,” Dr. Mandal said.

However, as we mentioned, it’s also important to remember that many different health issues — some very serious — are linked to a low libido. According to Dr. Mandal, some of these conditions include heart disease, diabetes, hypertension, cancer, and neurological diseases. Dr. Mandal added that depression and anxiety can also impact sex drive, as can certain medications such as antidepressants, high alcohol consumption, smoking, and drug use.

So if you have any concerns regarding your sex drive, it’s a good idea to check in with your doctor for advice. However, Dr. Mandal noted there are some lifestyle changes that may help give your sex drive a boost. These include: