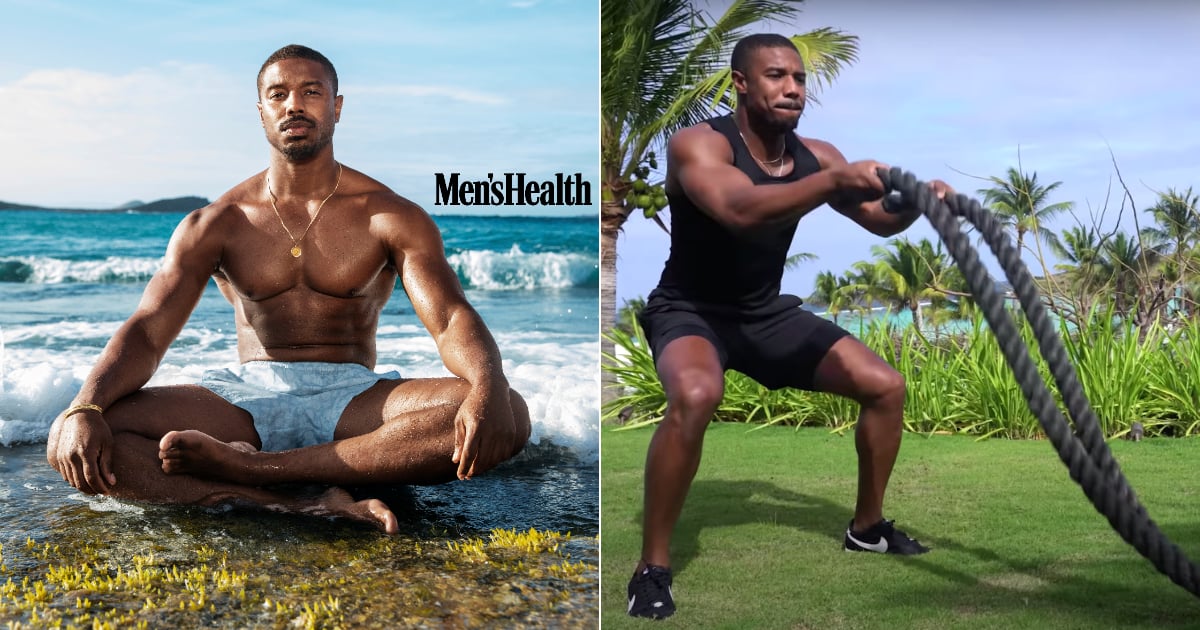 Picture this: Michael B. Jordan. Now picture Michael B. Jordan working out surrounded by the Caribbean paradise that is St. Barts. In a new cover story for the April issue of Men’s Health, Michael B. Jordan discusses his relationship with Lori Harvey, his duty as a Black man in Hollywood, and his new film Without Remorse, out April 30, in which he stars as a Navy SEAL. In a video accompanying the feature, the actor gives the world an inside look at one of his workouts — and it’s all kinds of intense (he also, apparently, does an aquatic session that involves walking underwater with a lava stone, as mentioned in the intro of the Men’s Health story).

As seen above, Jordan completes some fasted cardio in the morning by swimming laps. It’s a warmup before his 10-to-one dumbbell ladder workout (10 reps of each move, nine reps of each move, all the way down to one) that consists of bicep curls, overhead push presses, and bent-over rows. Then, he does three sets of 10 to 12 ball slams, a true full-body move, and three sets of battle ropes for 30 seconds each and finishes with some meditation to clear his mind for the day ahead.

“You can’t skip any steps,” Jordan says of training for his role as a Navy SEAL. “To transform myself physically and mentally was the goal.” He revealed that he trained with veterans, and then transitioned straight into a continued workout regimen for the upcoming Creed 3. It’s safe to say he’s doing a phenomenal job!