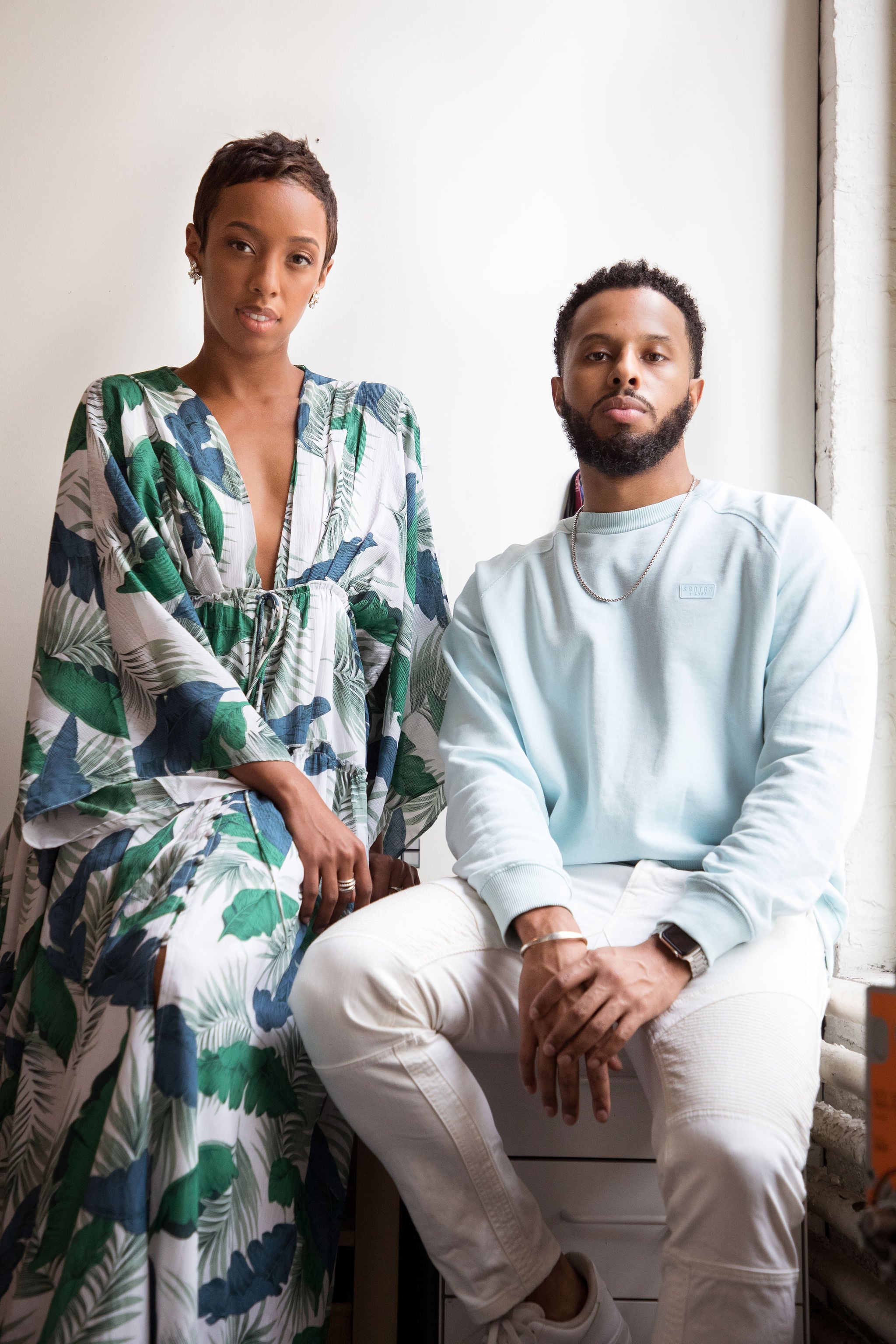 From hospitality to hair salons, many industries have been hit hard by the pandemic. But I would argue that the industry most negatively affected — the industry that seems to be the lowest priority in terms of support from governments around the world — is the arts, and more specifically, dance. No greater example of this is the fact that while sporting events reopened across America, theaters remained closed, with little attempt to find a solution on how to safely reopen them; a decision that kept performers out of work and unable to get paid. Over the past year, it’s felt like the powers that be don’t value the arts or see dance as a proper line of work — a stigma that’s unfortunately clung on to the profession for decades.

It’s that stigma, and the desire to show people just how amazing dance can be for children — whether they go on to become pros or not — that drove siblings Courtney Celeste Spears and Asa Cary to create ArtSea Dance, a company that brings dance workshops to the Bahamas, and that “strives to be a bridge that connects young artists within the Caribbean to the vast dance world abroad.” Spears and Cary founded the company five years ago, but their mission couldn’t be more important at a time when the arts world is struggling to cope amidst the coronavirus pandemic.

Nurturing a Love For Dance

“I could go on for hours about why dance is important,” Spears told POPSUGAR over Zoom. “I think that the arts in general is such a core part of development. One of the biggest things that Asa and I mention and promote is that with ArtSea, allowing your kids to explore the arts or their passion helps build discipline. It builds work ethic. It builds self-confidence. It builds team building and creative thoughts.” 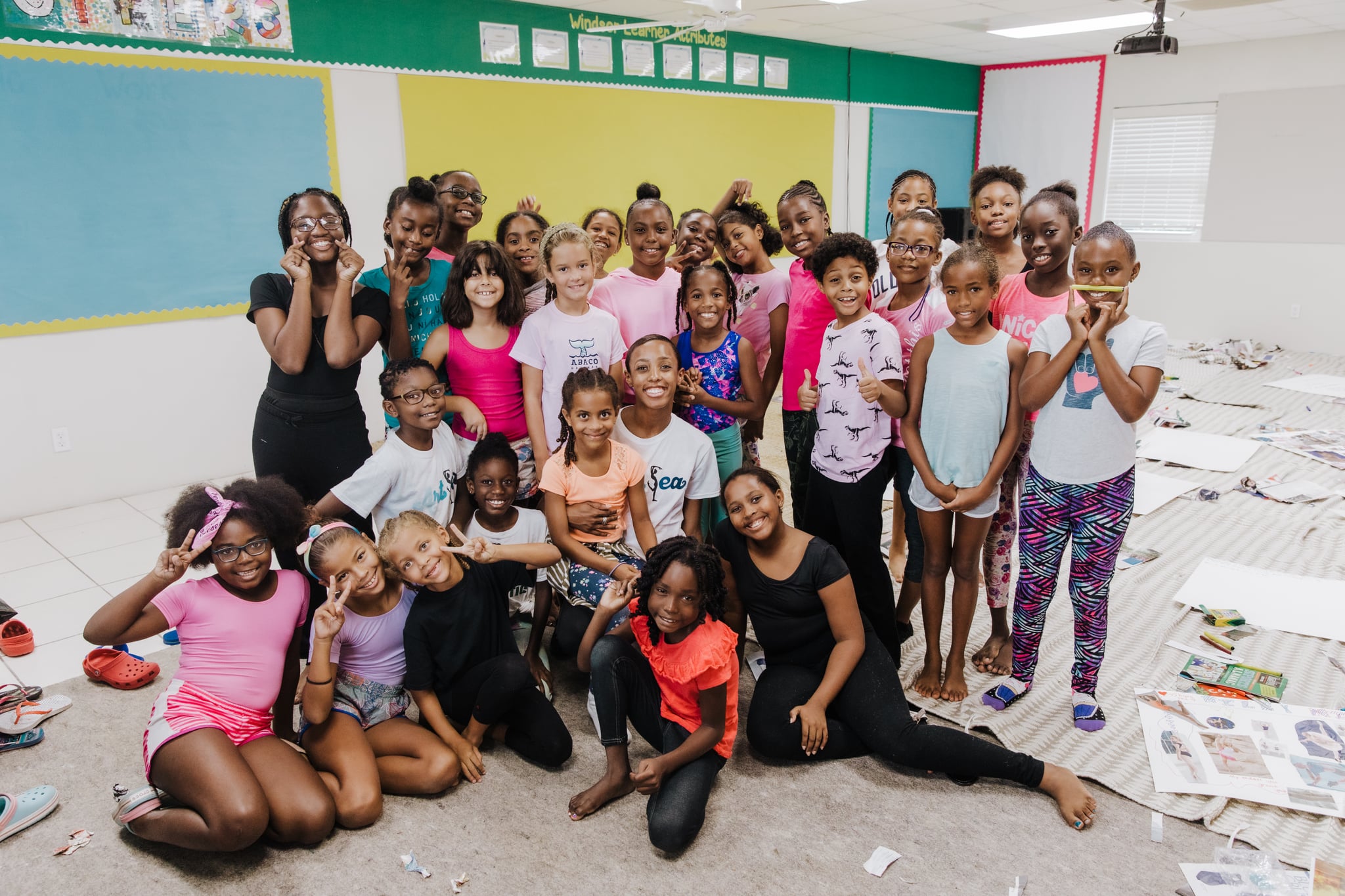 Spears, a professional dancer with Alvin Ailey Dance Theater, and Cary, who works in events planning and logistics management, started ArtSea Dance after Spears performed at Atlantis in the Bahamas — where their family is originally from (the siblings grew up in Maryland and attended the Baltimore School for the Arts, but they spent a majority of summers and holidays there as kids).

During the tour, Spears was shocked by the response to the performance. “It was this huge outpouring of young students, parents, artists, and dance-lovers that came to see us. I had no idea that there were that many people craving this live art performance experience. I knew that Bahamians love to dance. There’s Junkanoo; there’s the local festivals; but, there’s not this curated professional art level.” The community’s enthusiasm sparked an idea for the young ballet dancer: why not bring professional dance teachers from the US to the Bahamas to teach children? She mentioned the idea to Cary, whom Spears describes as “the epitome of execution and logistics”, and who has experience planning and executing events for major companies like CitiBank and Twitter.

In the winter of 2015, the siblings began seriously figuring out how to pull off a dance workshop. And in a Herculean feat (and a testament to Cary’s meticulous planning), the first ArtSea Dance workshop kicked off in the Bahamas in June 2016. Spears used her connections through Alvin Ailey to recruit teachers, while the duo tapped their connections in the Bahamas — including Robert Bain, the director at the National Dance Company of the Bahamas, and their grandma — to help them with fundraising and contacting local press. “We really had a lot of people advocating for us early on. And even if it was just a small group, they believe in what we were doing,” said Spears. 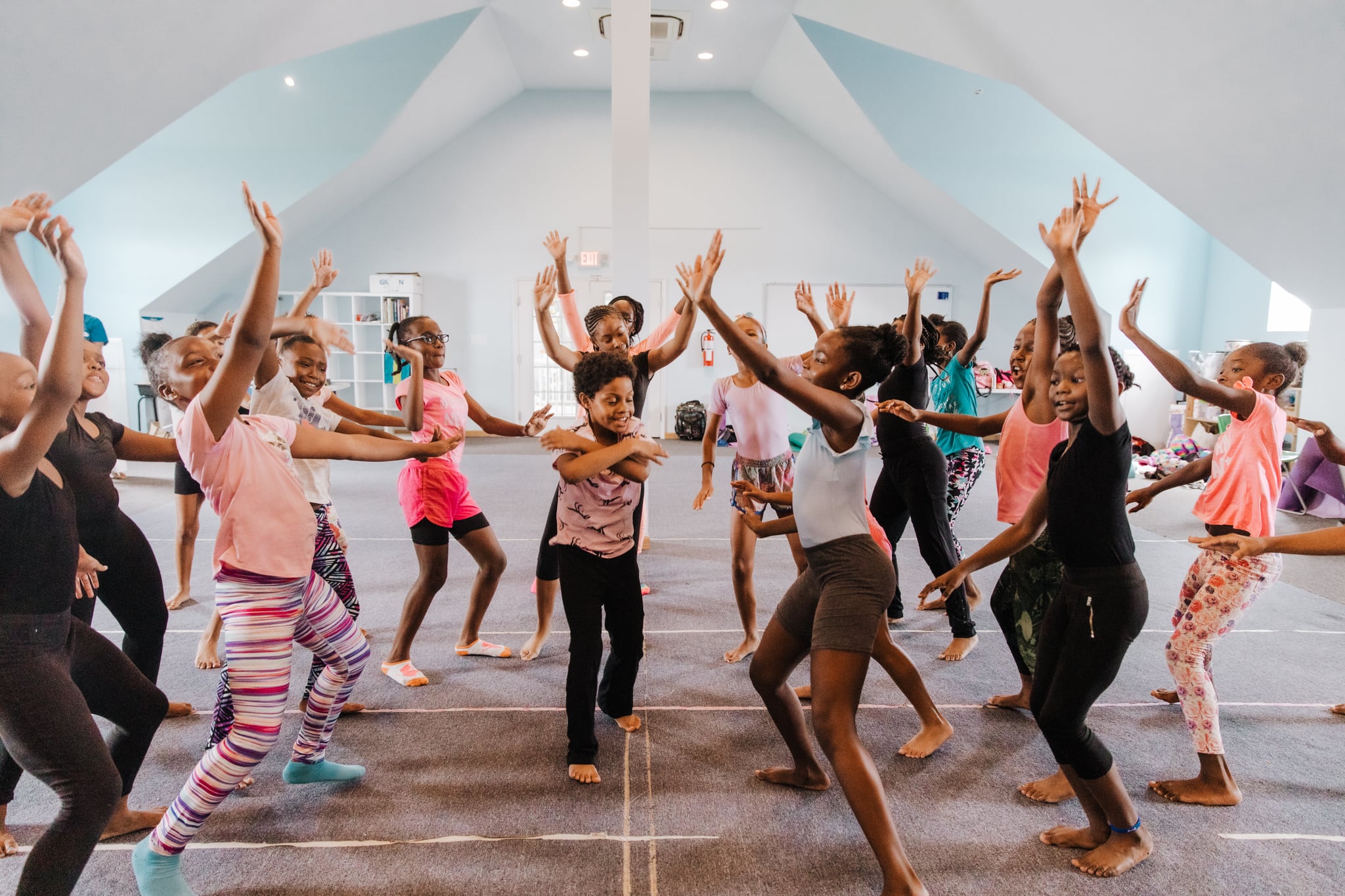 One of the biggest challenges in getting ArtSea off the ground that first year was just getting the word out to kids and their parents. “[In the Bahamas], they still heavily rely on television, newspaper, and billboards as some of the main marketing tools,” explained Cary. “With a lot of new businesses, you make an Instagram account, and you’ve got all the marketing you’re going to need for your first couple years. Where for ArtSea, in this particular area, going on the news or going and doing a radio segment, you actually reach a lot more people who would then put their kids in.”

Like most summer activities in 2020, ArtSea’s summer workshop was cancelled, replaced with a virtual program that included digital dance classes and panel discussions with professional dancers, as well as a small after-school program and private sessions. “I think like every company and every organization, this presented us with an opportunity to really get creative on how we could engage with students,” said Spears. And while not being able to host ArtSea in person was disappointing, one silver lining was that going digital allowed Spears and Cary to reach new audiences. “New York and the Bahamas are still our biggest markets, but we were able to see some expansion in Italy and California,” said Cary. “We were able to adapt and speak to students in different areas than we have before, which was pretty cool.”

Normally, an in-person ArtSea workshop — which Spears and Cary are planning on doing in 2021, albeit adapting the format slightly to allow them to follow COVID safety protocols — includes instructors who teach different forms of dance, like jazz, ballet, and hip-hop. But what makes this program so special, is that in addition to coming in and enjoying a dance course and learning choreography, the students also gain valuable career guidance and body wellness practises that will help them throughout their lives. 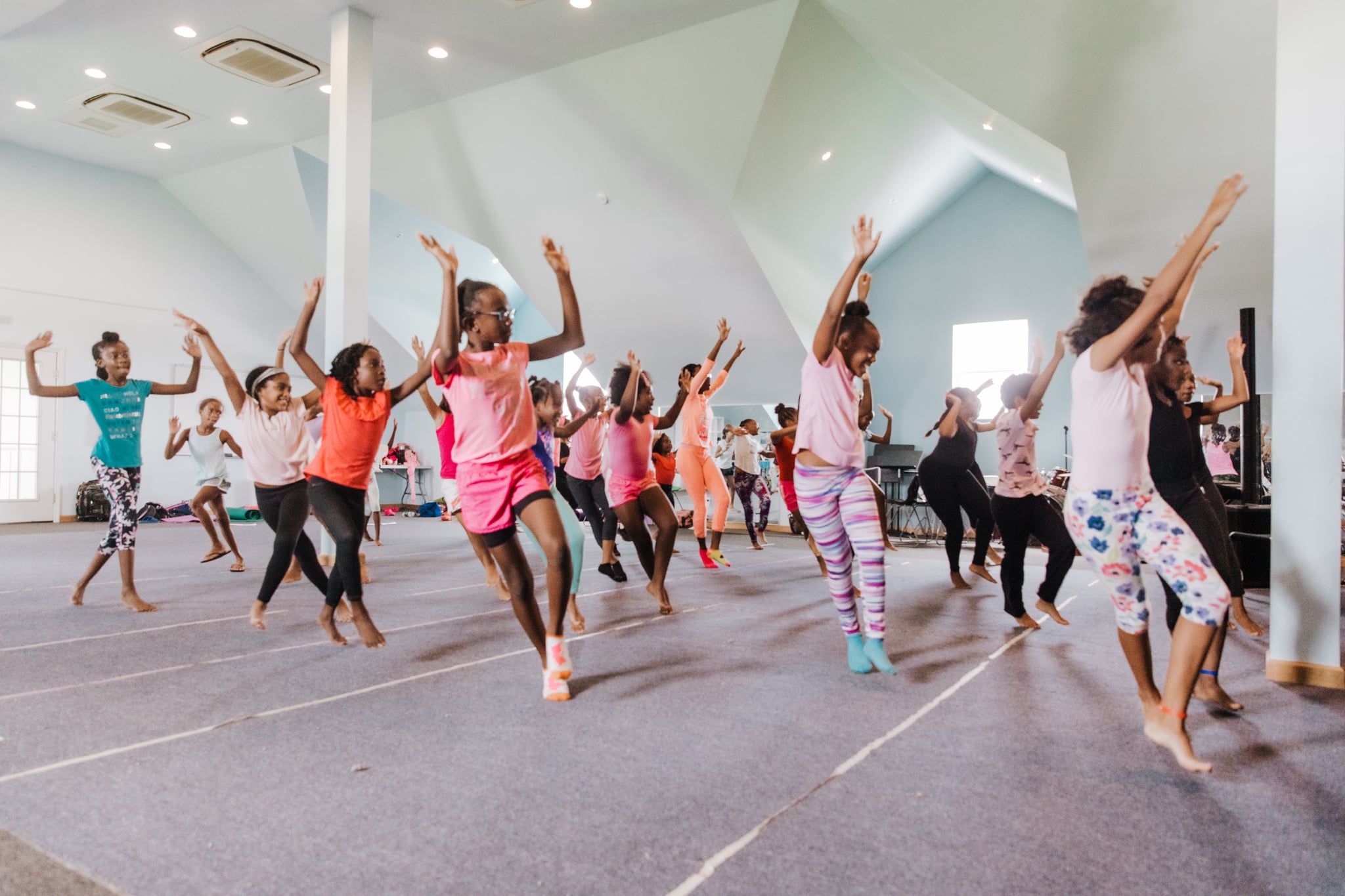 Dr. Sheyi Ojofeitimi, the senior physical therapist for Alvin Ailey, and a core faculty member in the ArtSea program, helps teach the kids how to take care of their bodies and avoid injuries, for example; while Tracy Miller, an arts administrator and college consultant (she was the former administrator for the Bachelor of Fine Arts Program at Alvin Ailey) helps provide participants with career advice. “Her background is in working with students pursuing a degree and an education in the arts,” explained Cary. “She comes in and talks to students in middle school or high school about if they’re interested in looking into arts as a next step for themselves. She then advises them on how to do that and how to build that into your college research.”

“Within the Bahamian community, dance, unfortunately, is still not seen as a viable career. A year ago, I was home in the Bahamas and somebody still asked me what my real job was because I think it’s something they are not used to seeing,” explained Spears. “You’re coming from a Caribbean environment, where parents want to see their children be successful. They want them to have careers where they can see the highest point of success — the doctor, the lawyer, the accountant. And so, why I think this ArtSea is so important is because there are so many young dancers I think on the island who have the potential. It’s in their bones.” 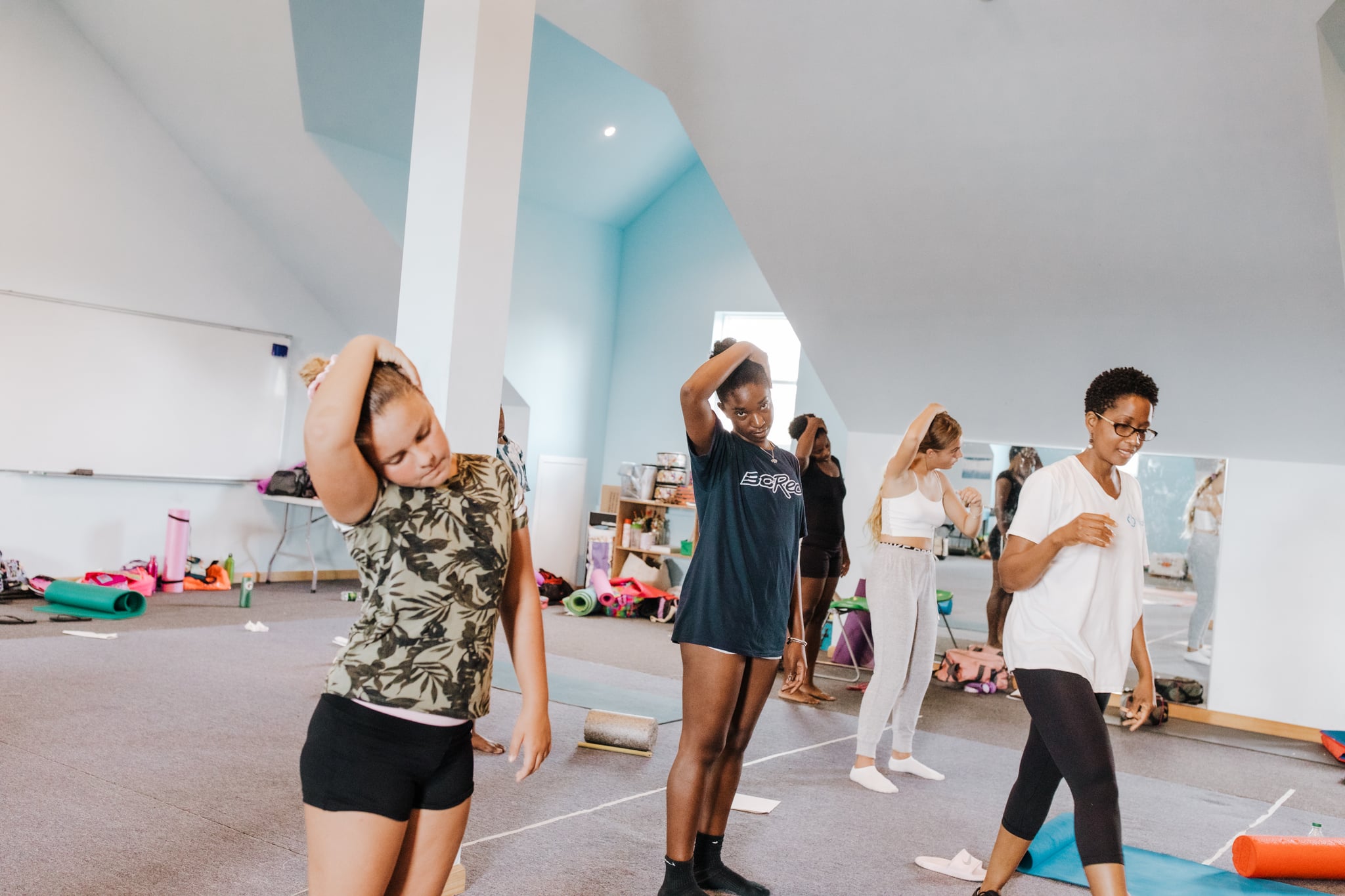 Spears may have been speaking specifically about the Bahamian community, but what she’s explaining could apply to many countries around the world, and to States across America. And with the pandemic wreaking havoc on the world’s dance companies, ArtSea’s goal of introducing children to the arts, and teaching them about how they can turn that into a viable career, has never been more timely and integral.

“It’s important to open up the perspective and give the kids a wider view of the world,” said Spears. “To say, ‘Hey, look. The same way that you apply yourself in sports, the same way that you apply yourself in school, you can apply yourself in dance, and you can take this to new heights, whether you’re going to be performing on stages around the world, or you become an arts curator, or arts journalist, or arts writer,” said Spears. “There’s so many benefits to allowing your child or your students to explore this creative side of them. Especially within dance.” 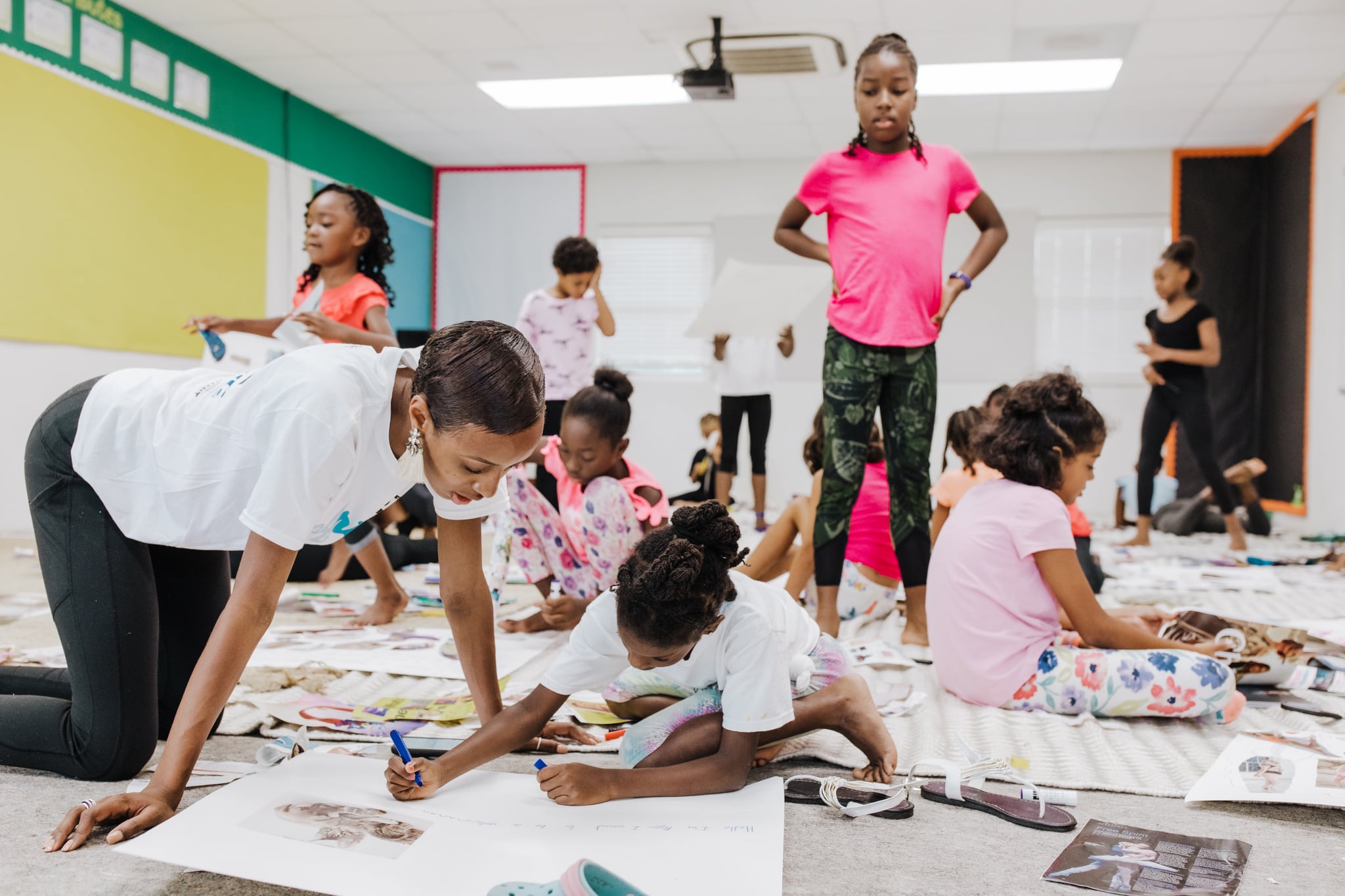 Even if a child doesn’t end up pursuing a career in the arts, what they learn in a program like ArtSea will stay with them throughout their lives — something I can attest to as a person who grew up spending every day in a ballet studio. “The discipline of being able to sit and focus on a task and rehearse, or practice,” said Cary, “all of those things can apply everywhere that you go.”

ArtSea was initially started as a way to bring dance to the Bahamas, and to help children learn and appreciate the art form and explore the possibilities of a career in the arts. But after five years, Spears and Cary’s goals have grown, from not just the individual but to the institutional, with their hearts set on making real change when it comes to government support of the arts. “Let’s say the students can’t travel, they can’t go away to New York or to LA for dance. I would love that they still feel that their community, that their country, that their government supports their dream being the arts,” said Spears. “And I think as we continue to grow, we’ll be in places where we can hopefully help implement that on a more consistent basis.”